Fulcrum, the UK’s leading independent multi-utility infrastructure and services provider, has announced that its Chief Financial Officer Daren Harris has been appointed as its new Chief Executive.

In recent months, under the stewardship of its senior management team including Daren and Terry, Fulcrum has won a number of significant contacts in the domestic and Industrial & Commercial (I&C) markets, supporting new housing and mixed-use developments across the UK. The Group also completed the strategically important sale of its domestic assets to ES Pipelines Ltd for £33m, which will support its aim to deliver significant investment to grow with its design and installation services in these markets.

Daren Harris takes on the role of CEO, after originally joining the business in June 2019. He has significant experience gained in various senior and board level roles in the construction, contracting and energy services sector.

This is an exciting time to become CEO at Fulcrum, as we are part of an industry that has a pivotal role to play in helping the UK meet its power requirements in a sustainable and environmentally conscious way.

Fulcrum is a highly ambitious company with strong growth potential to increase our position in the domestic and industrial & commercial markets with a clear strategy on designing and building utility connections. We have a strengthened balance sheet, supported by the recent sale of our domestic gas assets operation, which provides greater resources and focus on the provision of new multi-utility connections.

I am very proud to lead the Group and, alongside the rest of the Fulcrum team, will apply our expertise to drive even greater growth, success and levels of customer satisfaction.

Terry Dugdale has been with Fulcrum since 2019 with an established track record of driving innovation and performance in the operational delivery of utility infrastructure in the independent multi-utility contracting sector. Joining the Board with immediate effect, Terry is an Incorporated Engineer and is a member of both the Institute of Gas Engineers and Managers and the Institute of Directors.

Following Daren’s appointment as CEO, the Board is embarking on a process to identify a new Chief Financial Officer. An interim Finance Director will be appointed during the CFO recruitment process.

The combined expertise that Daren and Terry have across the independent multi-utility, contracting and energy services sectors will be invaluable in delivering the Group’s strategy and long-term growth at an exciting time for our end user markets.

I am delighted that Daren has agreed to accept the CEO role. The Board has been incredibly impressed with Daren’s performance during his tenure as CFO for the Group, and we are confident in his ability to drive the business forward and deliver the Group’s strategic growth.

We are also very pleased that Terry will be joining the Board as Group COO. The business is already benefitting from his extensive experience in the multi-utility contracting sector and he will continue to drive operational excellence to support the Group’s growth plans. 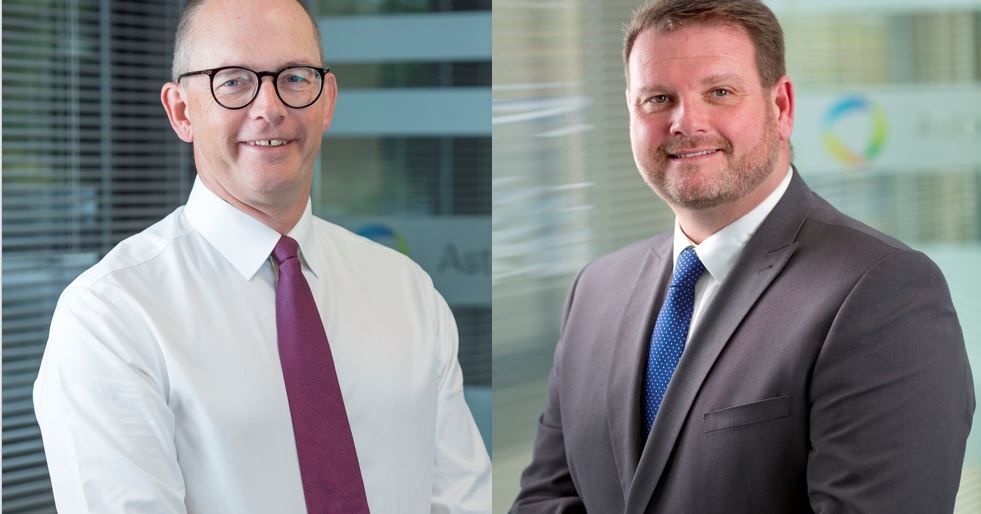